I get it. You’re afraid. You’re under a spell; hypnotized by the 24/7 repetition of death messages for the past 6 months. It’s time to snap out of it.

Misinformation and Doublespeak
First, you were told the mask wouldn’t protect you. Then you were told it would keep you safe, in spite of all of the evidence stating the opposite; even from the CDC. Then, they said any homemade cloth mask would be ok, since it was just to protect others. From what? They somehow convinced you that you were walking around full of a disease that would magically jump to another body? Did you even think about it? Question anything?

More Contradictions
Didn’t you find it ironic that, after they admitted the death numbers were falsified, and obviously dropping, we were suddenly seeing all of the mask mandates. Executive orders from governors who have no authority to make laws. Still, the media reported, “Wear a mask. It’s the law.” As if posting a tweet will make it so.

When that didn’t fly, they told you to shame the people who don’t wear masks. Classic psychological manipulation. How did it make you feel? It would make me feel insulted. Do they think you’re a child who has to be told how to treat people?

When we humans are paralyzed by fear, everything shuts down; critical thinking, immune response, joy, compassion for our fellow humans. We are reduced to inhuman automatons only concerned with self-preservation. 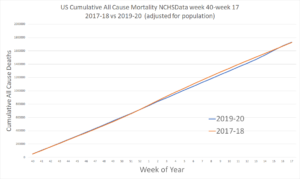 If you look at the statistics, there never was anything to panic about. Deaths peaked worldwide in April and have dropped to below normal levels in most places. Most of the massive peak deaths were in nursing homes/hospitals and many of those could be classified as murder.

Clearly, the orchestrators of this global catastrophe have an agenda. It was planned in advance and will keep progressing unless we, the collective, wake up and resist. There is no violence necessary and we don’t need a “leader” to save us. All we have to do is simply refuse to comply. Go within yourself and find the courage to disconnect from the illusion. We truly are living in a matrix and we do have the power to exit from it.

The only deadly contagious virus is fear and it lives in your mind. Wearing a mask will not save you from your mind.

First the Mask, Then…
Forcing the masses to wear face coverings is only the beginning. If you go along with this, you will be expected to go along with the nanotech chip disguised as a “vaccine.”

Some say the mask represents your willingness to be a slave. Others say it is a satanic symbol of submission. To me, if you’re wearing a mask at this point, it means you’re not ready to admit that you’ve been played. They lied to you. Your ego can’t deal with such a massive fraud, so you cling to the illusion.

You have to face the truth. Yes, you allowed strangers to convince you there was an invisible boogieman to be afraid of. Yes, you’ve invested so much emotional energy that it would take incredible effort to shake the illusion. You think it’s easier to just do what they tell you to do in the hope that, eventually, they’ll let you have your mind back.

Unfortunately, that’s not the way it works. You have to take control of your own mind and find your way out from under the spell. Only you have the power to free yourself from your fear. It may be painful, but you’ll find clarity in acknowledging you’ve been hoodwinked, bamboozled, and led astray. Let’s move forward.

Step One: Take off the damned mask.